On October 18, 2019 Chile declared a state of rebellion. Widespread social unrest in the absence of equality for an extreme neoliberal system installed by the Pinochet government almost 40 years ago took the streets of the main cities of the country. Since that day, people have been on the street, actively resisting the violence of the authority that declared war on their own people. Various manifestations of all kinds emerged to show the injustices that affect all Chileans. Within these manifestations, the streets were transformed into the voice of the people and filled with posters produced autonomously by graphic artists who, with their tools, showed popular discontent. These transformed the urban scene with a clear voice calling for the cessation of police violence, the exit of the president and a new political constitution that replaces the text made by Pinochet and that has left the people in poverty for the benefit of big enterprises.
The people of Chile woke up and took to the streets to claim for 30 years of injustices and for profound changes to recover their dignity. The posters of this revolution were presented at VOLUMES, a selection made by IMPRESIONANTE, a collective that brings together various artists who are today mobilized for a change, printing and pasting their works anonymously in the streets of Chile. The archive of the graphic resistance was later published by Gato Negro Ediciones and presented on the website “Imprimir es Resistir”.
At such necessary times, when we had to put out the message of the Chilean protests, we had the incredible support of Anne-Laure Franchette, Gloria Wismer, Patrizia Mazzei from Volumes. Thank you so much! I am deeply thankful to IMPRESIONANTE for giving me the possibility to help them with this project. Camille Schneiter and Nicholas Krum helped me at every short notice with the installation. And a big shout-out to MEXA!, Sergio Rojas, Andrea Herrera and MACACO Press, the small but loud Latin American Volumes community!
cover image by Ediciones Overol («Dignidad, Dignidad, Dignidad», 2019) and gallery images by Jose Cáceres 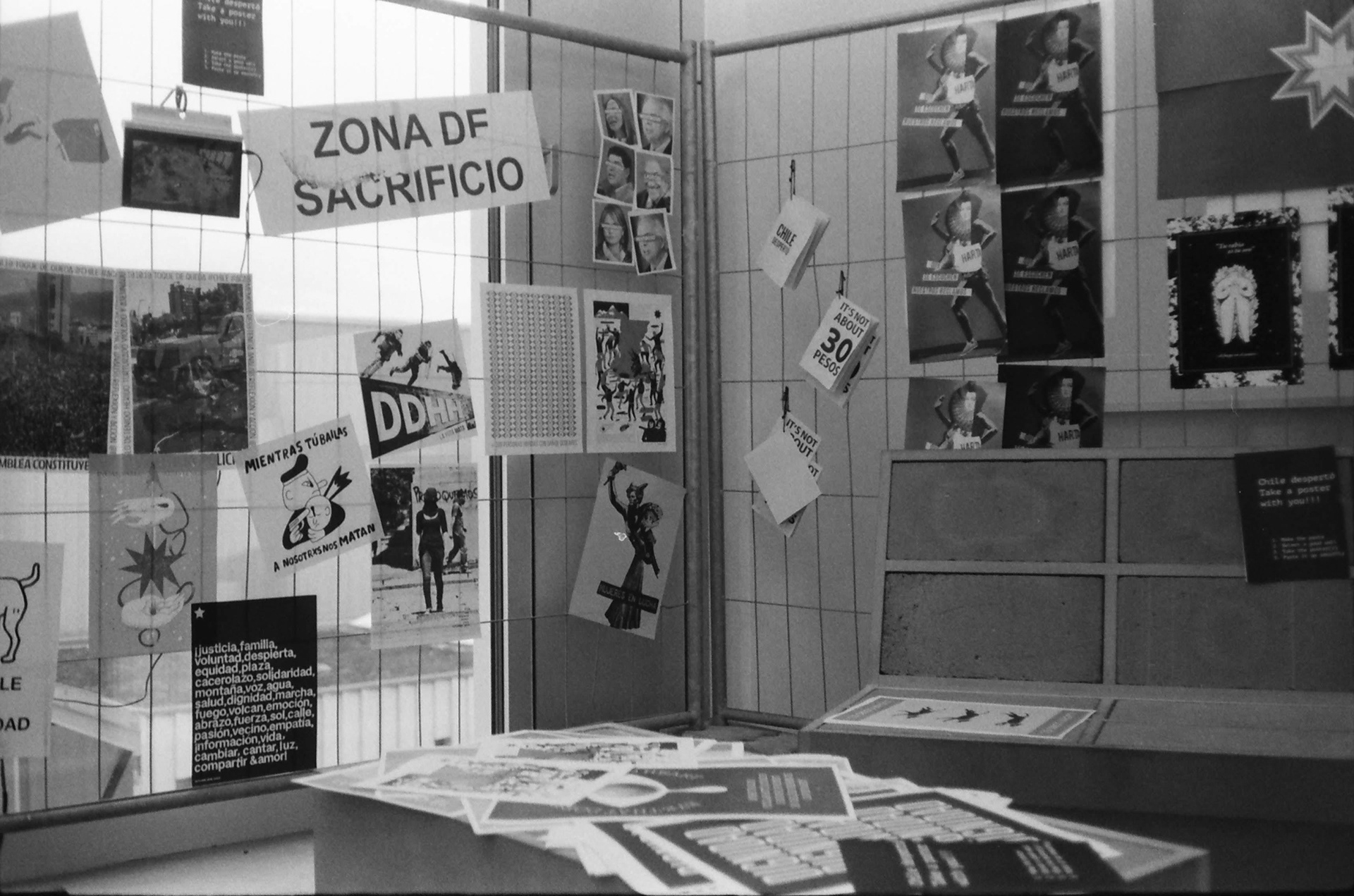 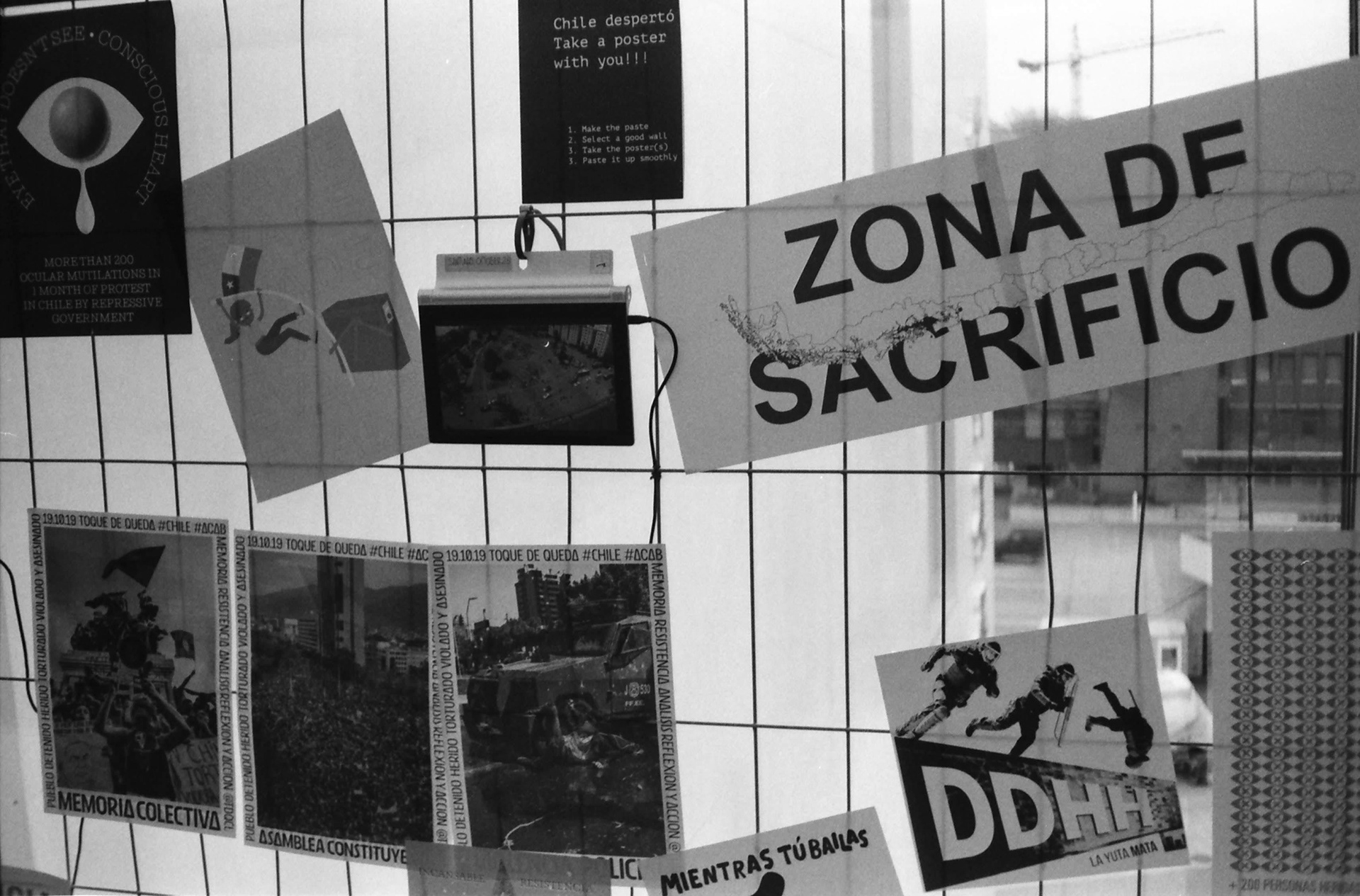 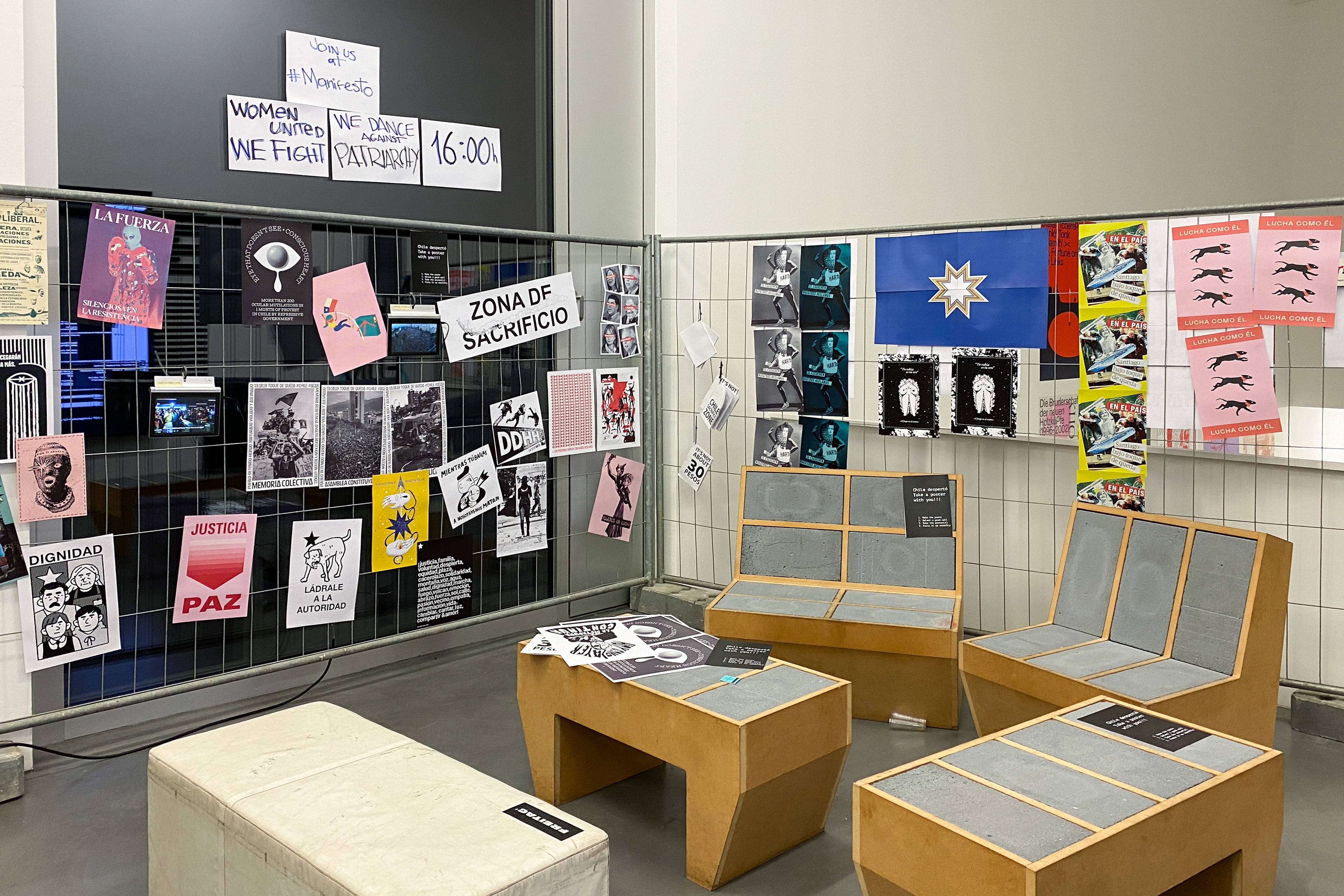 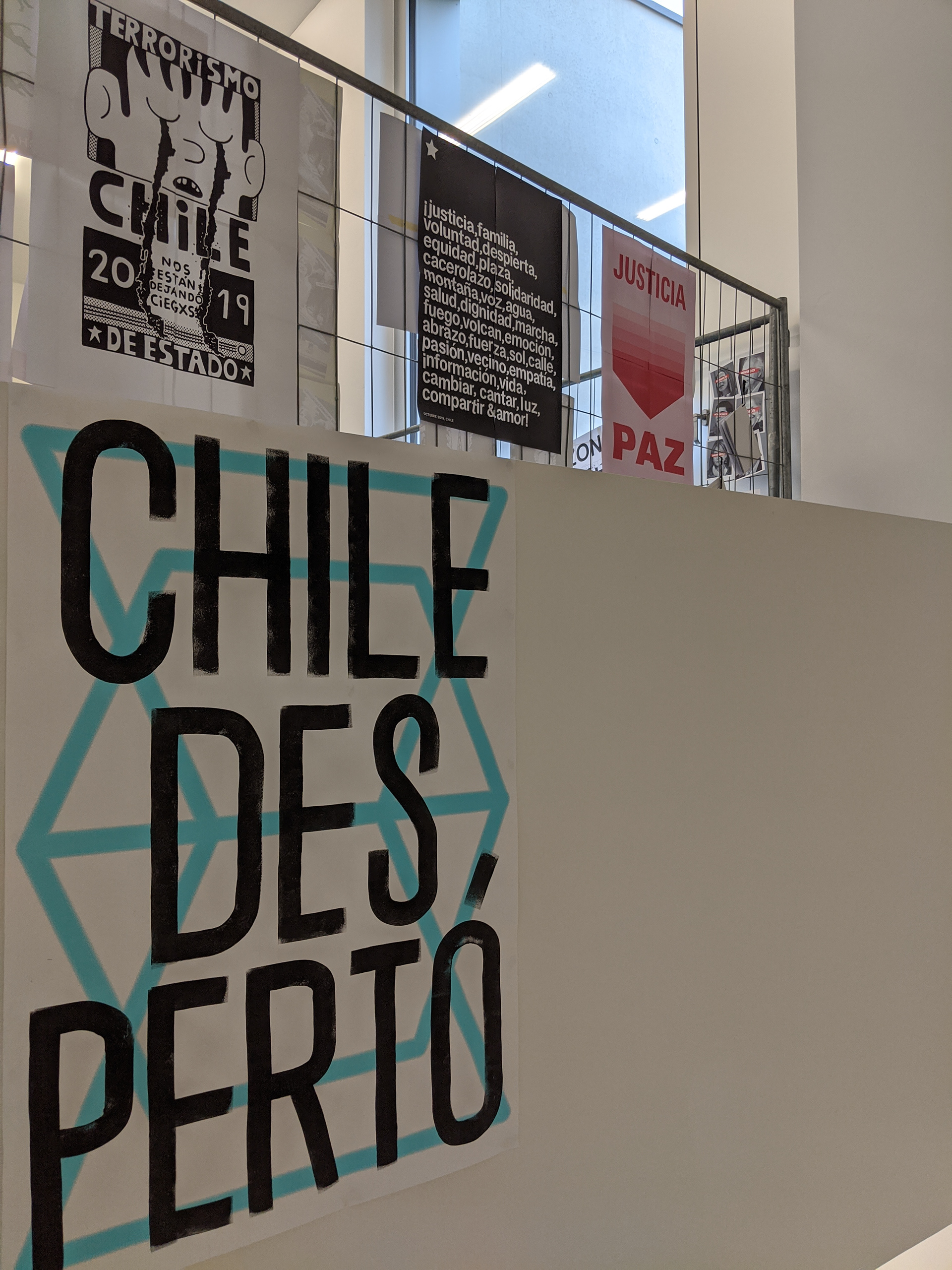