Since October 18th, 2019, Chile is in a state of revolt. The social upheaval has put the legitimacy of the country’s neoliberal model on trial: “Chile has awakened” has been the headline around the world. The protests have had a great turnout on the streets to show injustices within the Chilean society. The protests have turned into a voice and an archive of the social movement – its discontents and demands have found a catalyst in the graffiti and posters that cover the street walls of Chilean cities. The streets have reached social media as well. Images, videos and gifs spread the voice of the movement into the digital sphere.

The exhibition “Chilean Revolt. A Chronicle” featured this social and political narrative of the streets as a starting point for a “non-official” chronicle of the Chilean revolt. It showed the work of various graphic and audiovisual artists who have put their tools at the service of the revolt. The posters and videos are complemented with articles, photos and reports to highlight the roots and problems of the social revolt. The exhibition aimed to raise awareness of the current Chilean situation within the Swiss context.
The exhibition wouldn’t have been possible without the wholehearted support and collaboration of Elena Rosauro and Adriana Domínguez from la_cápsula, mis queridas maestras! Warm thanks to Camille Schneiter, Malte Seithwerth and Belén Ramírez for their help with the installation. It was great fun! 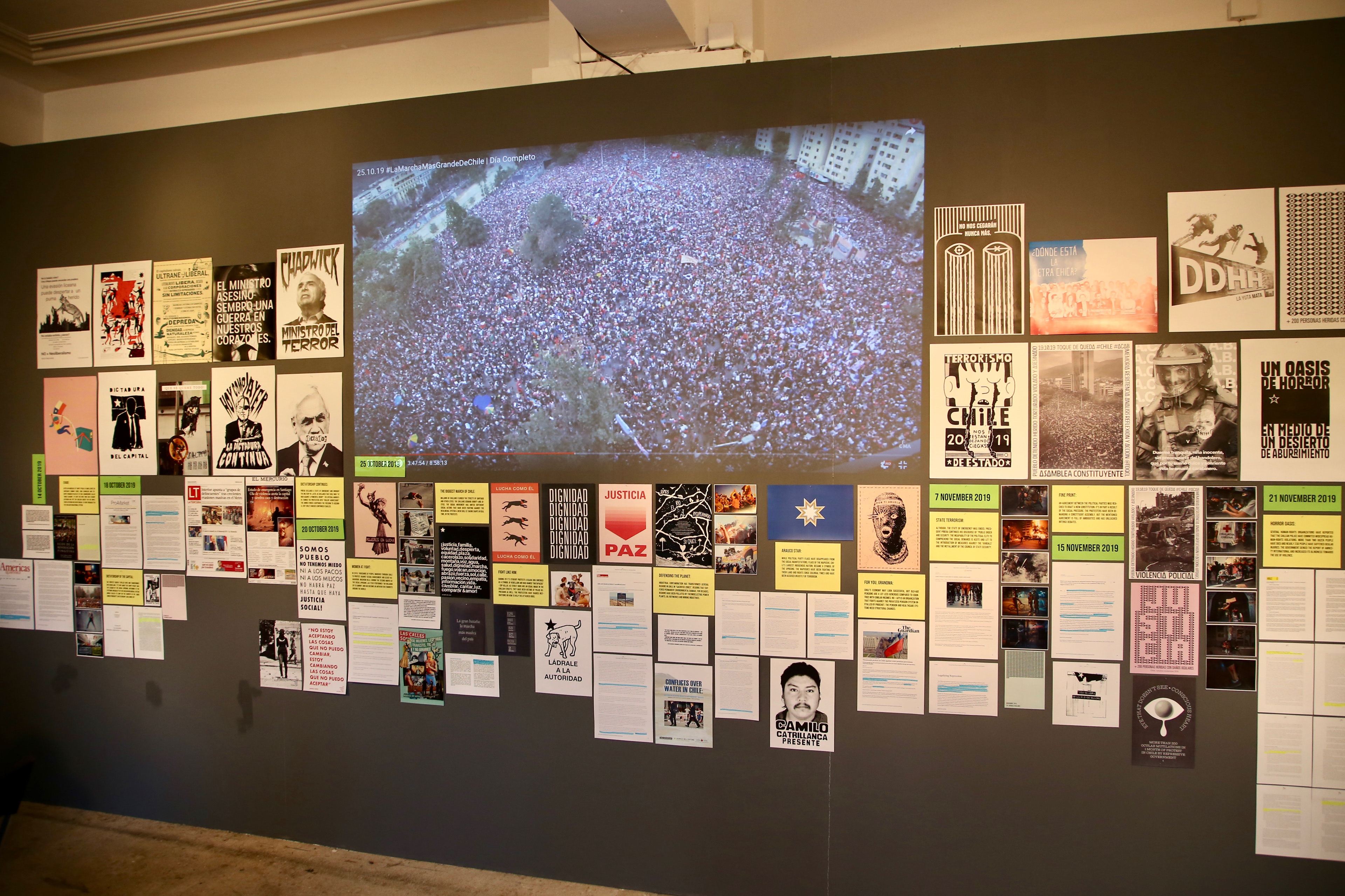 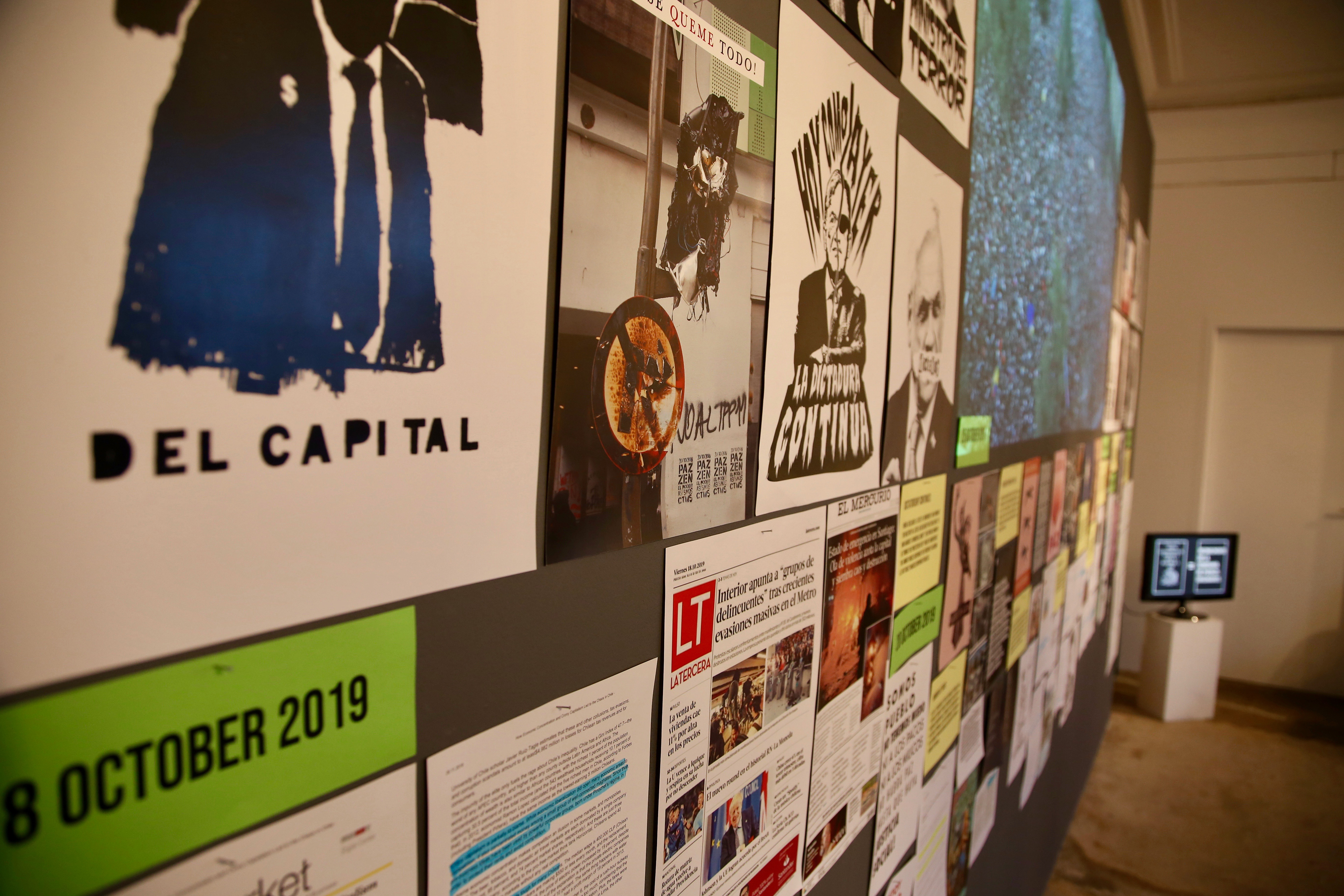 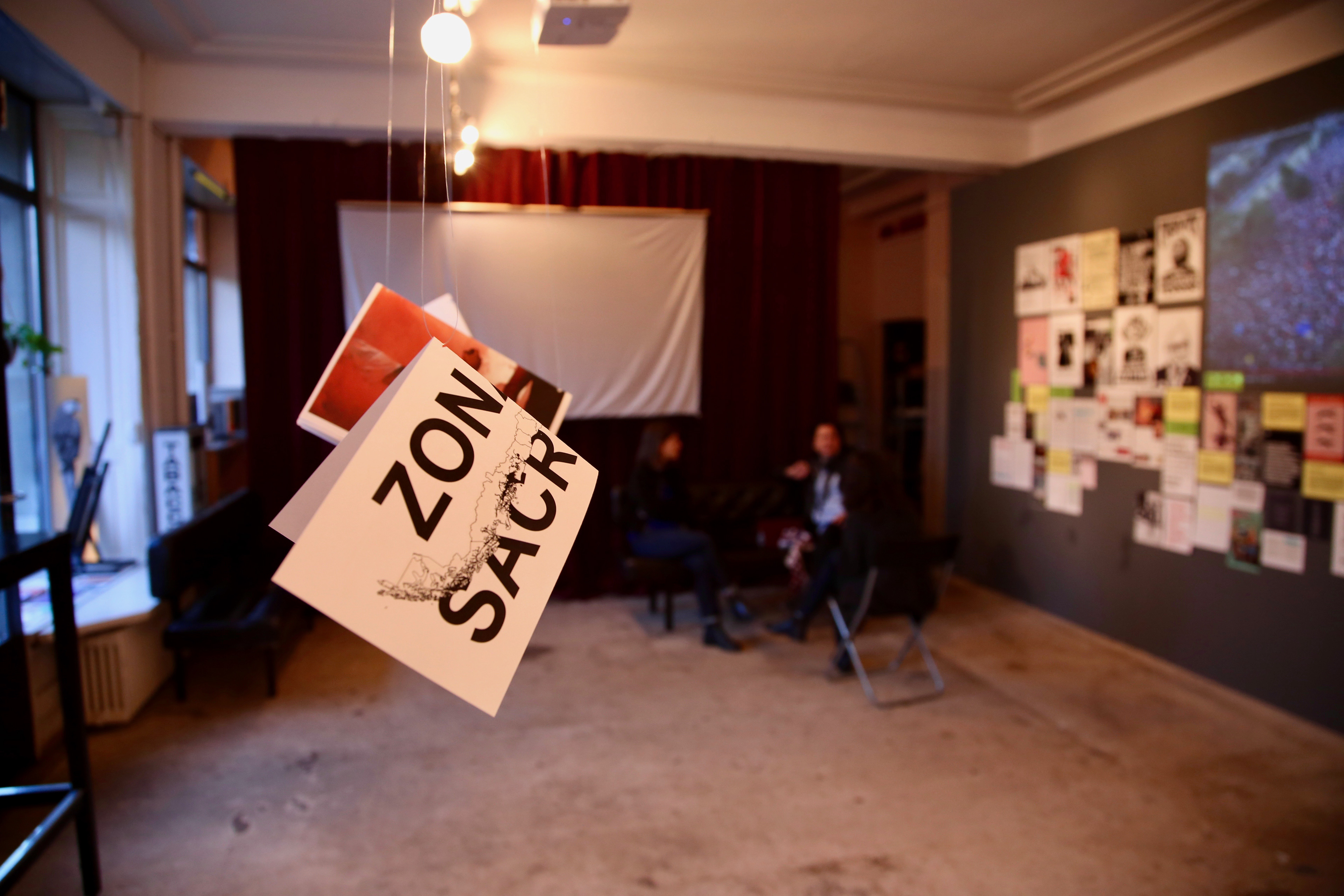 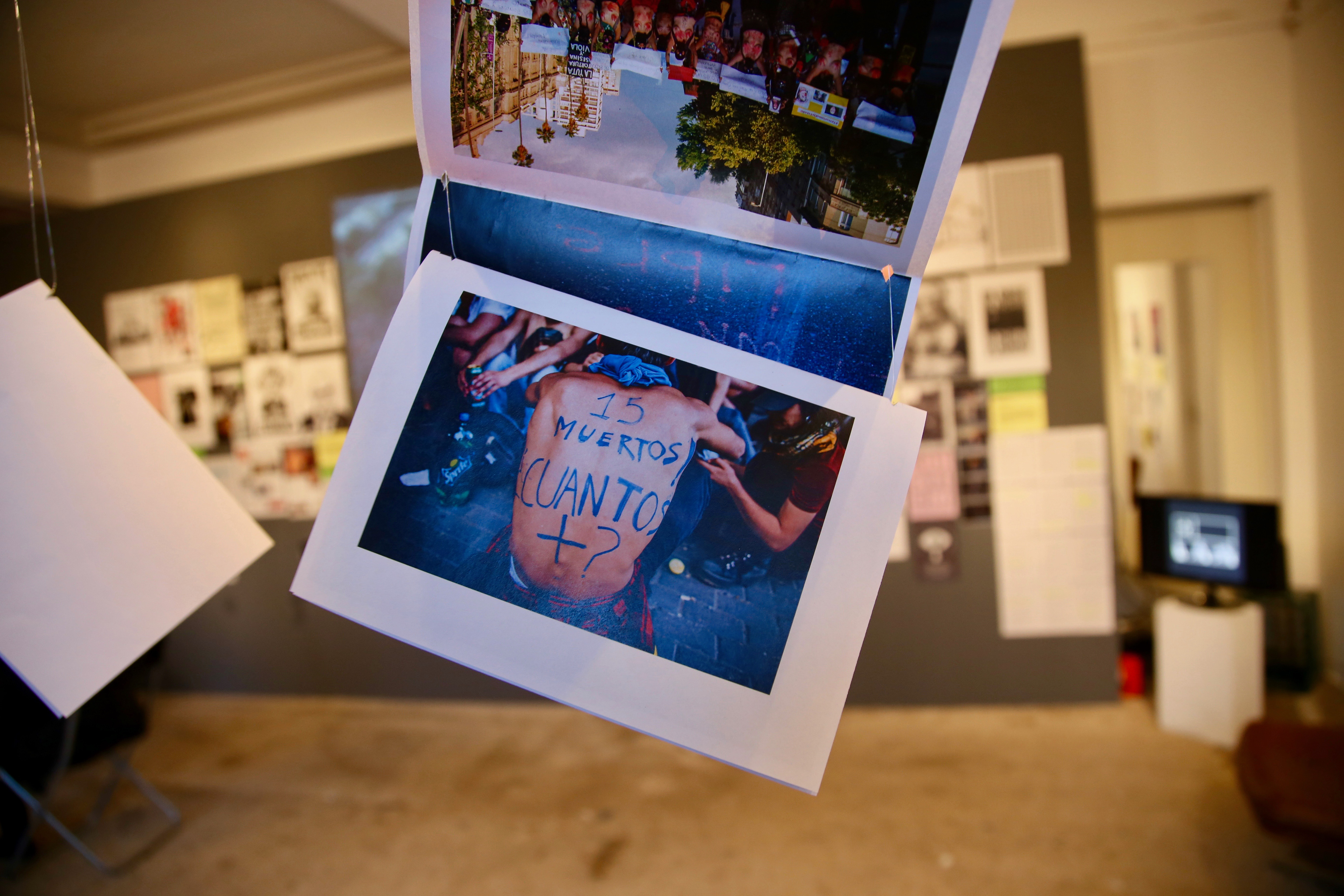